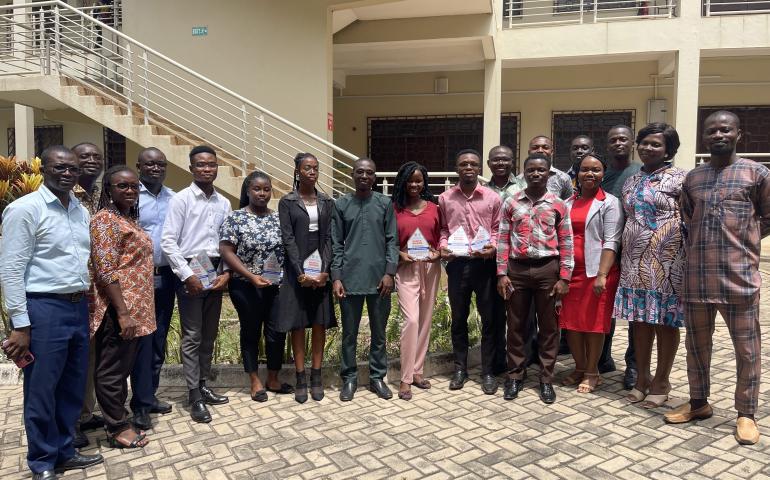 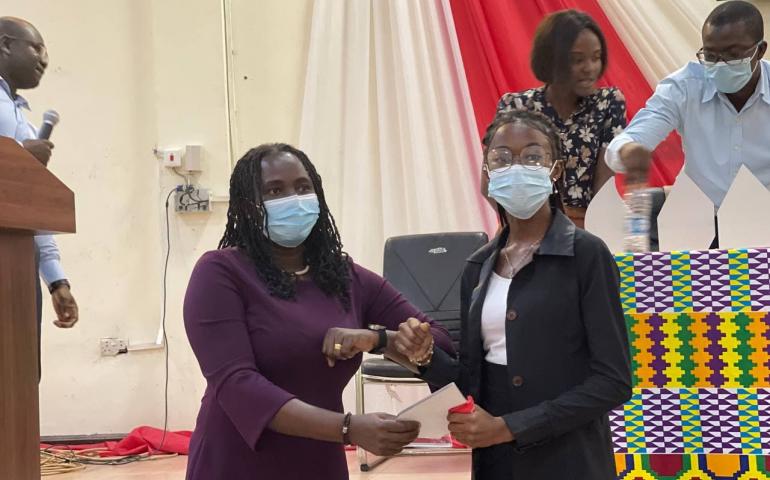 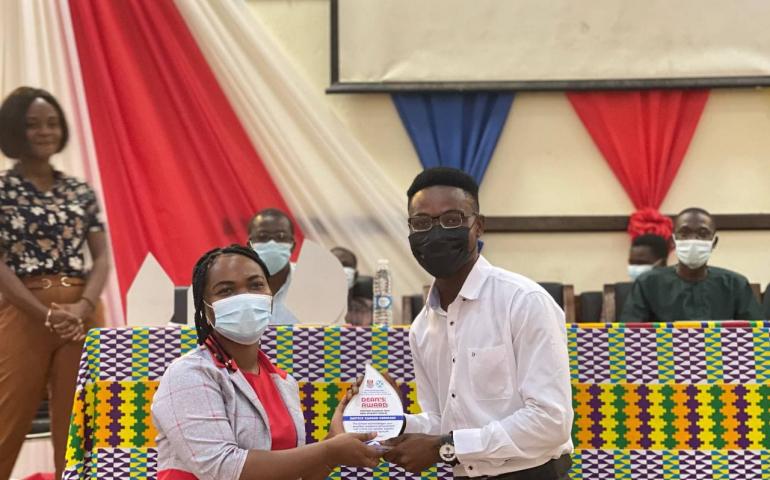 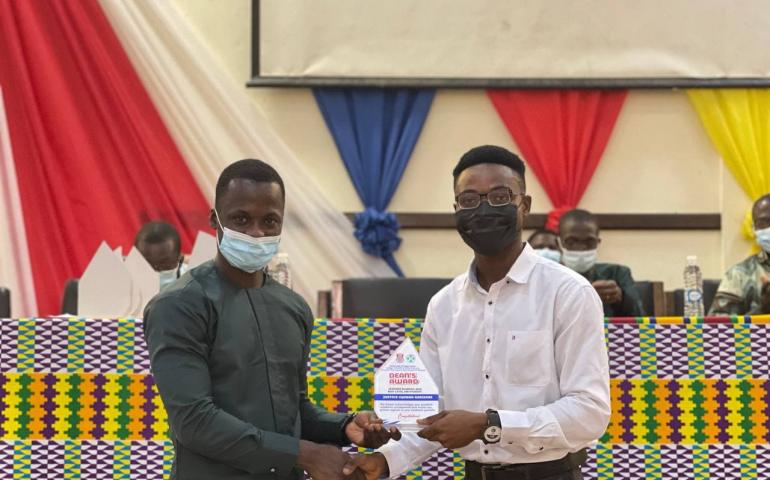 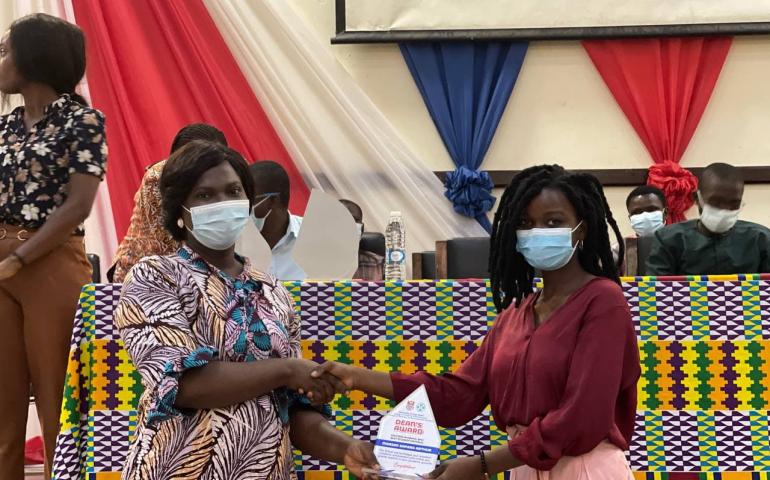 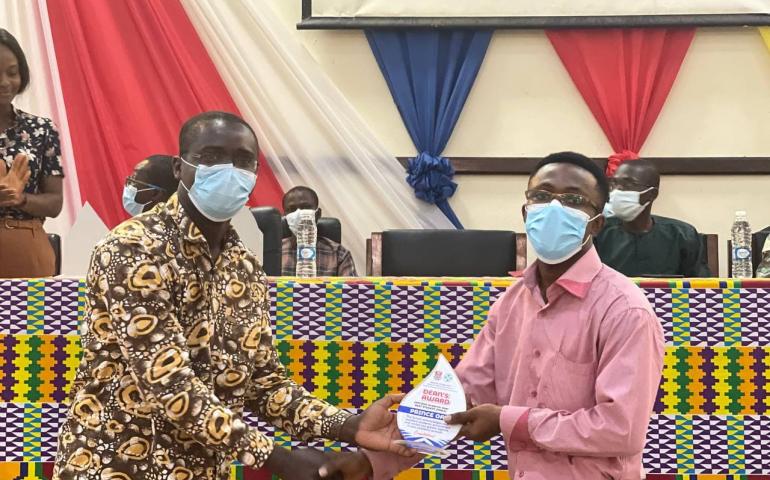 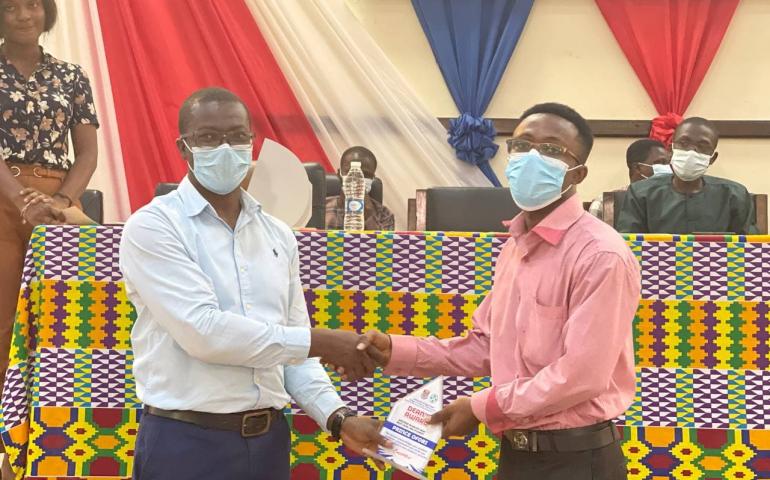 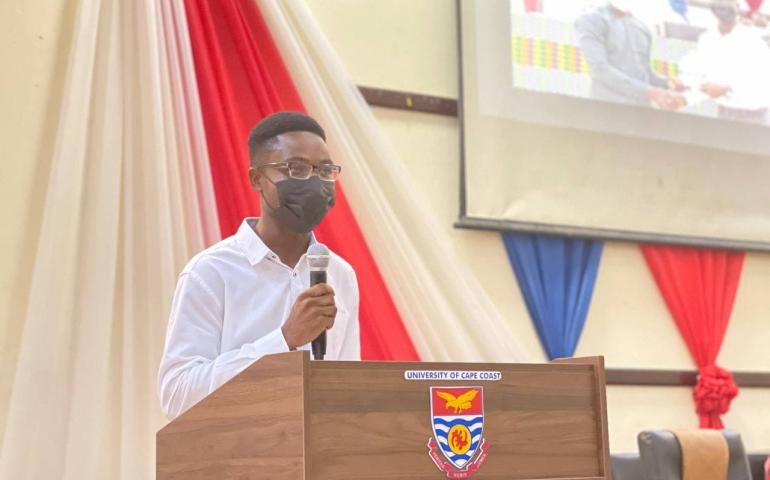 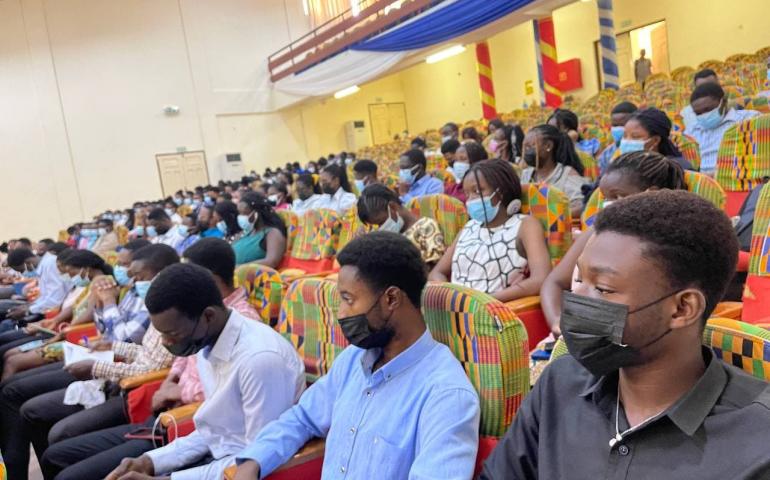 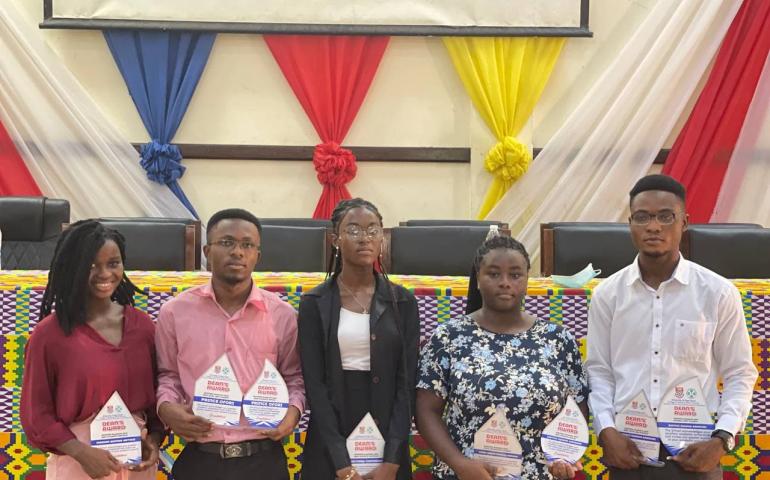 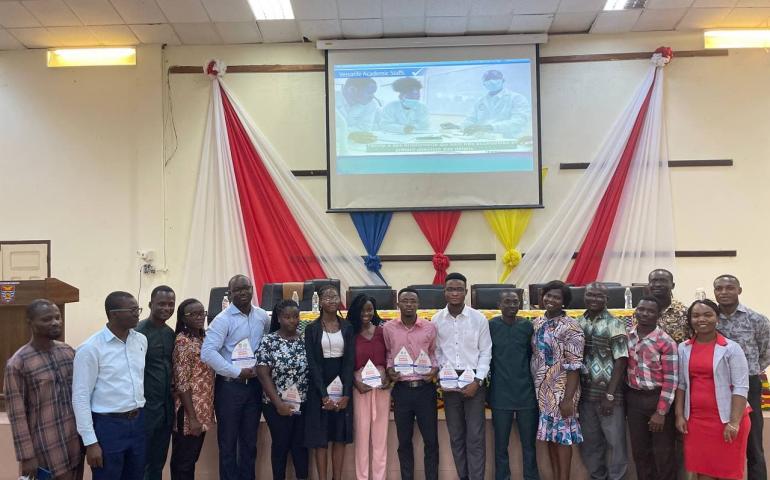 The Dean's Awards ceremony is held annually in honour of the School's first Dean, Prof. David Darko Obiri. The programme is intended to motivate and encourage students to work hard towards achieving academic excellence. This year's Dean's Awards ceremony took place on the 9th of February, 2022 at the School of Medical Sciences Auditorium. A minute silence was observed for the past Dean after which the dignitaries were introduced by Dr Ernest Obese.

The Guest of honour was Dr (Mrs) Nancy Ebu Enyan, Dean of the School of Nursing and Midwifery and the Special Guesty of Honour being Prof. Isaac Ayensu, Chairman of the Academic Research and Social Pharmacists Association, (ARSPA) of PSGH and also the Head of the Herbal Medicine Department of the Faculty of Pharmacy and Pharmaceutical Sciences in KNUST. Present at the cermony were the various Heads of Departments in the School of Pharmacy and some other cognate lecturers. The Dean, Prof. Elvis Ofori Ameyaw, gave the opening remarks and highlighted the purpose of the programme. He gave insight into the award categories and encouraged students to put up their best in the coming years.

Dr. Nancy Ebu Enyan, expressed gratitude for being invited to such a ceremony and commended the Dean for organizing such a programme and declared her intention of initiating the same at her School. She advised the awardees to work harder to sustain their efforts and let their excellence in school reflect in their fields of work as well. She also encouraged students who wouldn't receive any awards to work hard and take their studies serious to improve their grades to enable them to receive awards in the coming year. She added that they should let the sky be their starting point.

The categories and criteria for the awards was outlined by Dr. Ernest Obese and the recepients are as follows:

The award for the Most Improved student was won by Ms Maame Serwa Adjei Obeng and this award was presented by Prof. Isaac Ayensu.

THE OVERALL BEST STUDENT IN THE SCHOOL

The Dr David Darko Obiri Award was presented to Mr Justice Karikari with the CGPA of 4.00 as the Overall Best Student of the School by the Dean of School of Pharmacy and Pharmaceutical Sciences, Prof. Elvis Ameyaw.

The Dean congratulated the award winners encouraged all the students to learn hard towards achieving academic excellence. He then thanked all the members for their participation